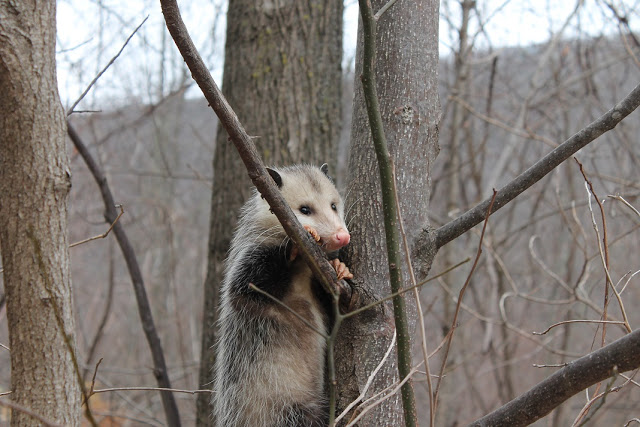 This
opossum is pretending to be invisible as it holds to a small tree about four
feet up.  We were not fooled, but
undeterred the possum kept up the pose for a while until we finally walked
away.  I guess he will think it worked
and we never found him.  The opossum is a
very ancient animal, unchanged for millions of years.  Despite being one of the oldest species of
mammals, they usually live only a few years.
They grow fast and mature quickly, having up to a dozen babies in a
litter that they carry around in their pouch. 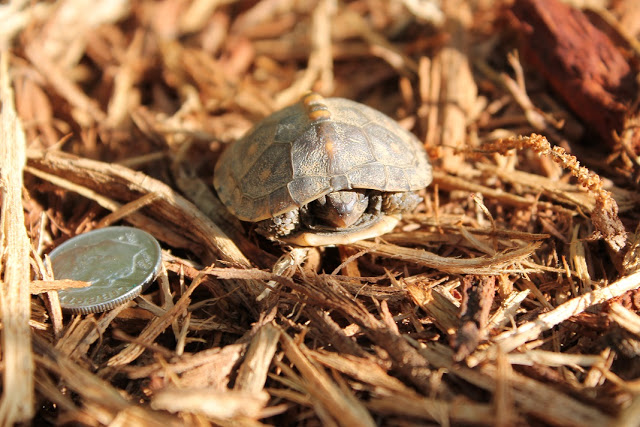 A
baby box turtle in its first weeks of life.
Like the opossum, turtles have been around unchanged for a long and move
at the same slow pace.  But unlike the
opossum, the box turtle can live for a century. 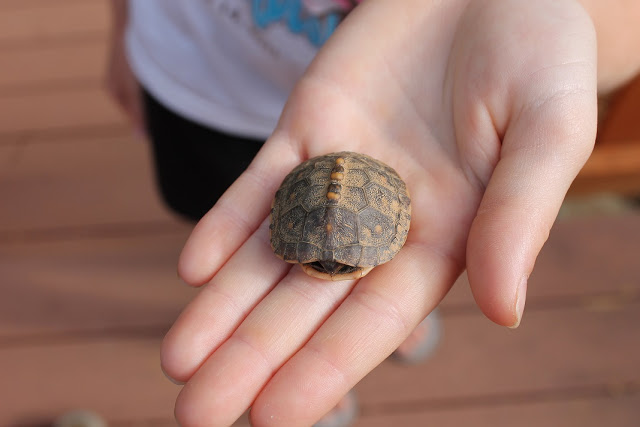 Another picture of the baby box turtle.

We
have a resident male turtle that we have seen in the same area of the woods for
years.  Sometimes he  takes a stroll down the Fenton Inn Main
Street.  No sign of the rabbit, so we
declared him the winner when he went through the arch in the clock tower. 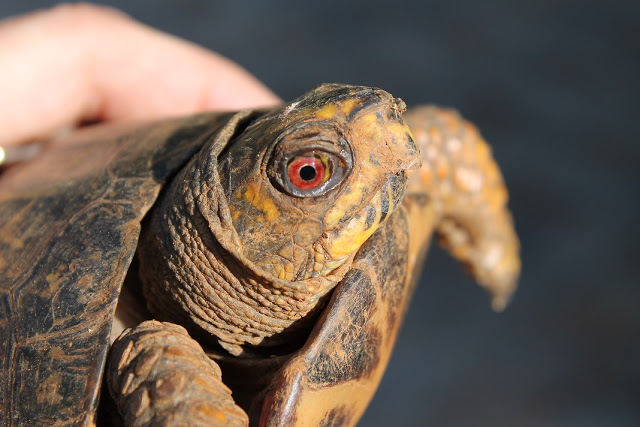 A
close up of the adult male box turtle.
Note the red eyes, which indicate his gender or a late night down at the
brewery.  Perhaps that is where he lost
the rabbit.