Luray Caverns is one of string of caves and caverns along
the Shenandoah Valley paralleling Interstate 81.  While there are some caverns closer to the
Fenton Inn, Luray offers the best tourist friendly attractions as well as an
enjoyable countryside drive through mountains and rural farm land.  Once you arrive at the caverns, Luray also
has a fun year round evergreen maze, a toy museum, antique car museum and
historic village showing life in the Shenandoah Valley a century ago.  The ticket can be purchased in a package or separately.  Of course the main attraction is the
cavern.  Despite arriving on a peak week
end, the line progressed fair quickly.
It was a cool fall day, but inside the temperature is the same cool year
round, so that a light jacket is recommended.
The cavern is a decent walk, with a few stair cases and steps throughout,
but the pace is broken up by stops at various features along the way. 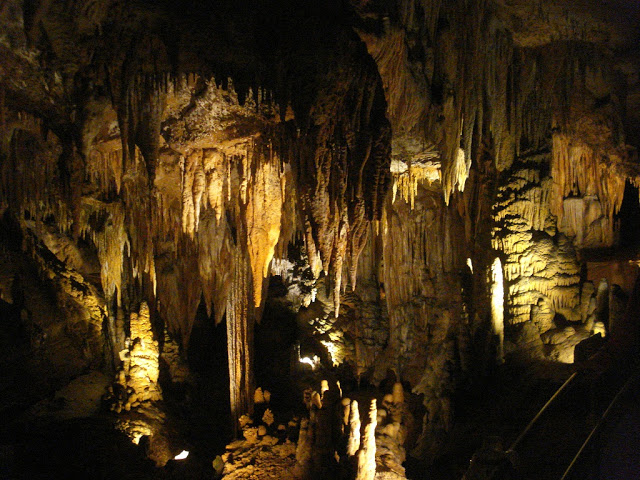 A mirror of calm water reflects the roof of the cave as if
part of another planet. 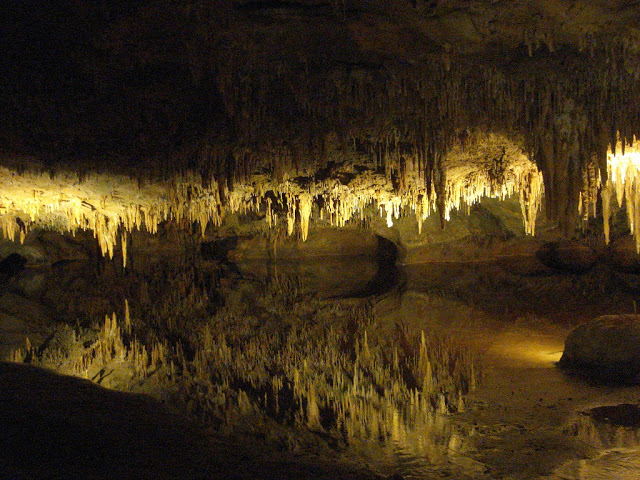 Luray has many flowstone features created by water leaching
out minerals in the cavern.  They name
them, but it is also fun to use your own imagination and see ghosts or wedding
cakes, faces or fish. 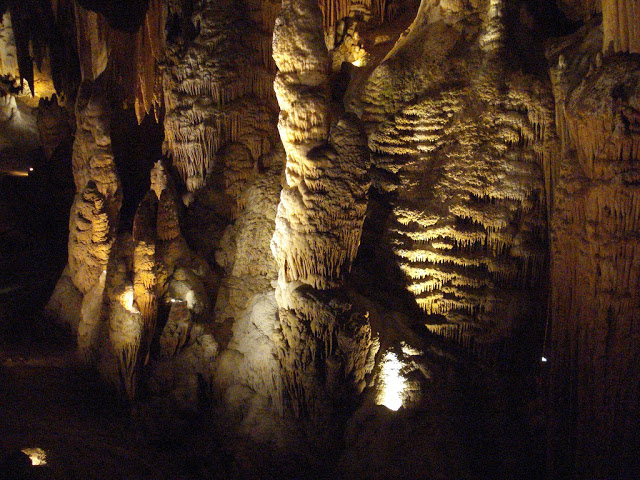 Another cavern feature.
In one area they have tuned the stalactites to play music. 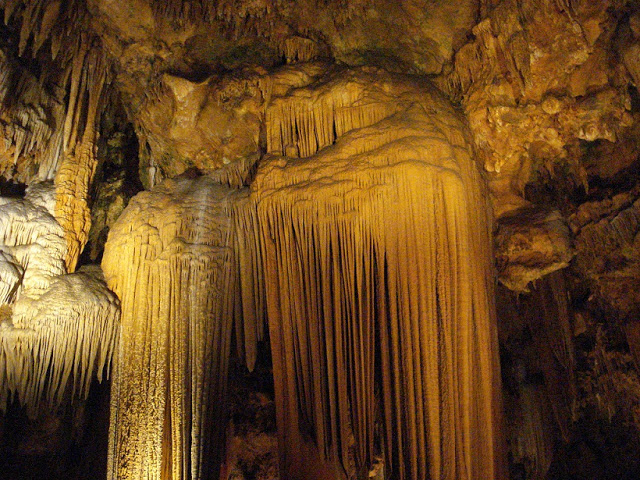 Near the end of the tour is a wishing well.  The coins are gathered for a charity each
year.  This is the only spot for this, as
the coins would alter the water chemistry and might affect the features still
growing in the cave. 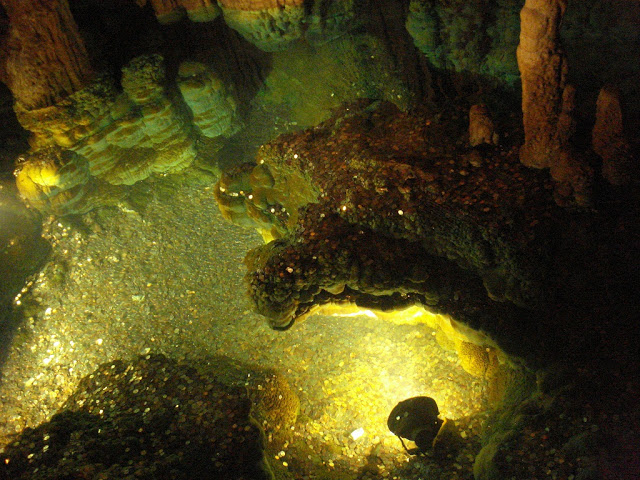 Part of the antique car museum showing the high style of the
past when cars were show pieces and men wore hats. 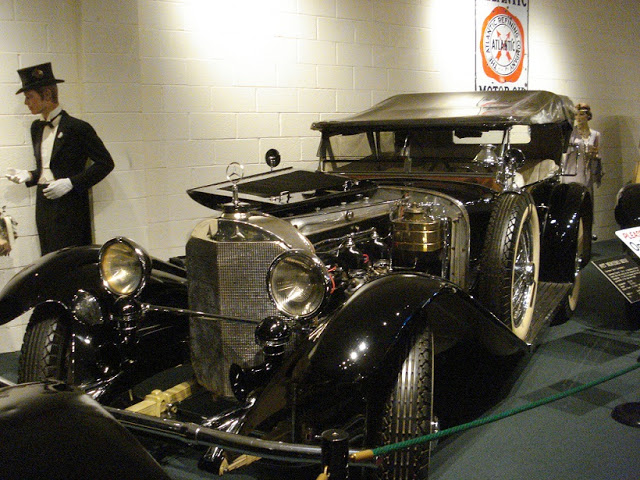 I guess if you want to drive an open yellow sports car in
winter, the mink jacket and curled mustache are not too pretentious.   I might opt for a windshield, but back then
real men liked the wind in their mustache. 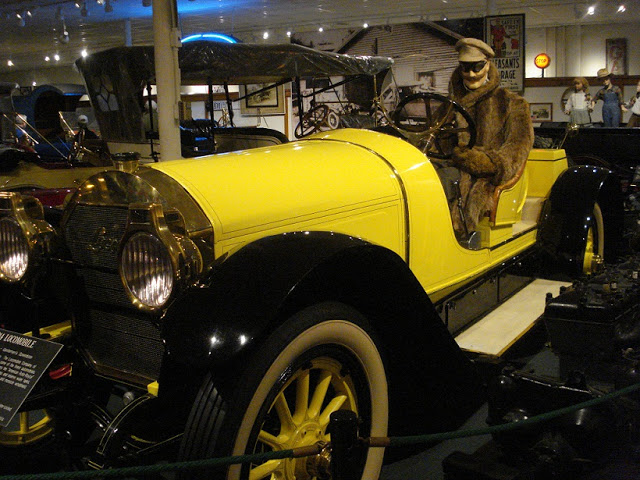 The maze looks fairly easy from the outside, but finding all
the clues and getting out took a bit longer than it might look.  If only we didn’t walk past the same spots
over and over, and over.  Best to let
someone else lead and then follow them saying “I told you to go the other way,
we were just here.” 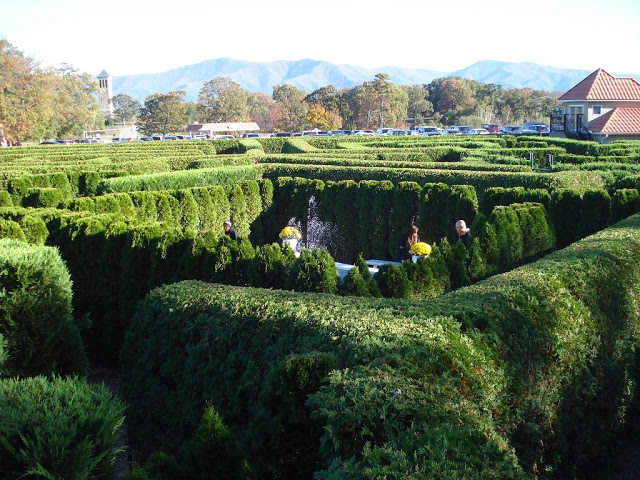 She looks familiar, in fact everything here looks like we
were just here, now I just need to recall if I went left or right last
time.  No matter, I had the car keys,
they could not get too far without me. 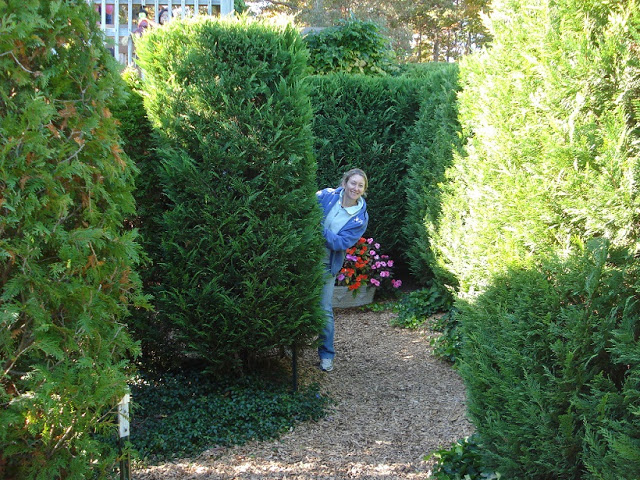