The Bavarian Style of Half Timbering is what everyone imagines when they dream of old Europe or hear a fairytale.  There are a wide variety of different styles and techniques that allowed each house to be a little piece of art along a medieval street.  The Fenton Inn Bakery is in a more ornate style with traditional three coat stucco between the wooden frame. 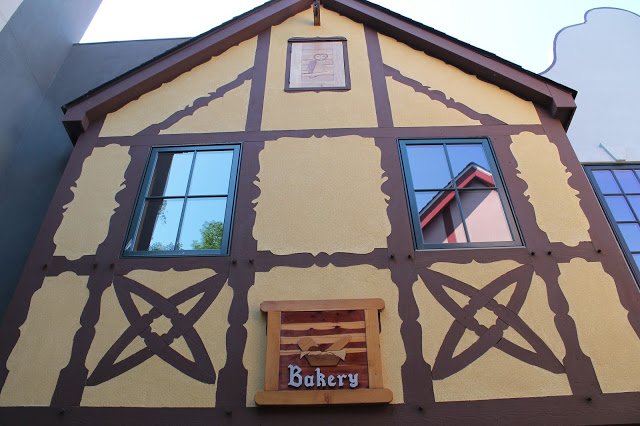 Across the street, the Butterfly house has a more organic flow to the tree like timbers with no shortage of butterflies on the doors and facade. 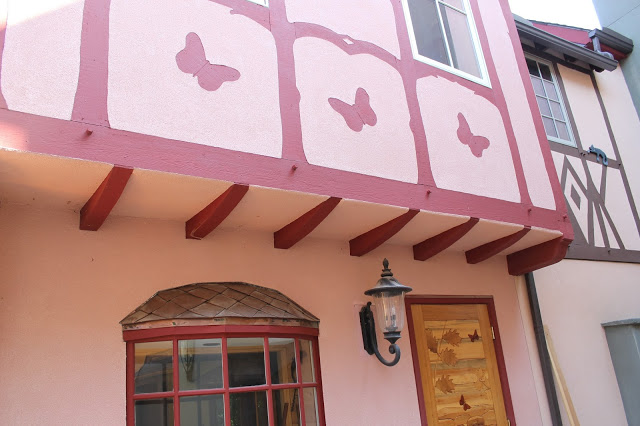 The end wall of Wilhelm’s house has a more Iconic style of middle Bavarian region.  Often the most interesting houses in a town are not the most fancy, but the ones that must deal with an irregularly shaped lot where two streets branch apart.  It is hard to find more than one right angle in that house. 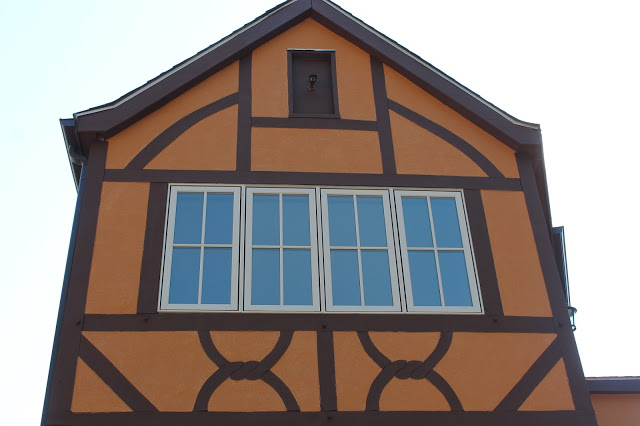 Half timbered houses often place diagonal braces under a window for added stability to the entire frame.  These braces can become quite elabate and often carry symbolic meaning to the house.  Any guess as to why the Wilhelm house has all those Ws? 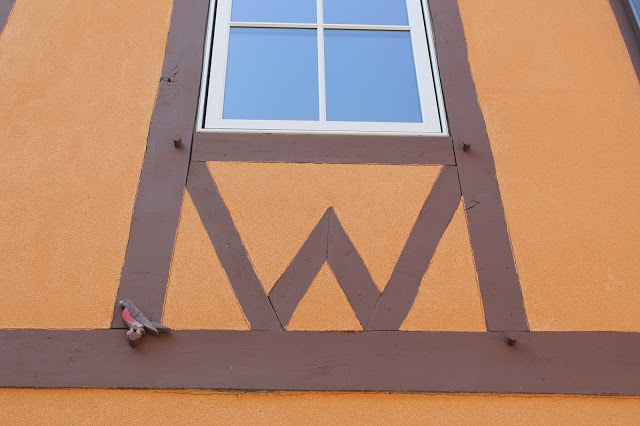 Wood in European villages was often more difficult to come by in more settled areas, thus it was not uncommon for a middle class home to have less than ideal timbers from trees that grew along streams and fence rows.  These trees would be shorter and curve towards the open spaces.  A little curve to the timbers if used correctly, can actually add to the stability of the house. 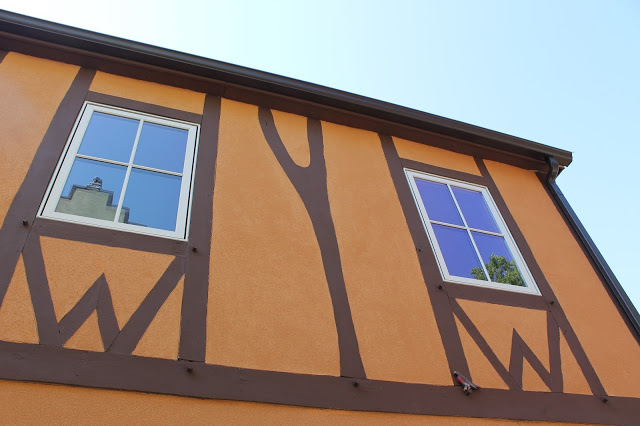