Night life on Main Street is a play of shadows and lights that accentuate the many angles and architectural details.

The workshop window has a museum of old historic tools that I have collected.  I like how the rippled glass in the round window casts shadows on the cobble stone street. 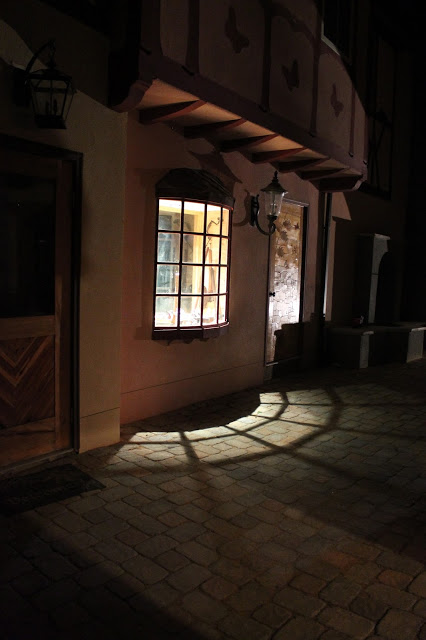 Below is a view of the tool collection.  The wooden one on the left is from Germany and was given to me by a carpenter who showed me his workshop where he made doors.  He spoke little English, but wood working is the same in any language.  The silver plane is a nickel plate 1914 Bailey and one of the newest planes.  Some on the far right are from the early 1700s.  I used some of them on restoration work at museums like Monticello, Poplar Forest, Stratford Hall and Colonial Williamsburg.  There are a number of octagonal rooms here at the Fenton Inn for which I credit Jefferson.  While reconstructing Poplar Forest, I read his actual letters to build the central skylight, however we did not recreate the leaks that Jefferson complained about on the original version.  I was the first person since John Hemmings 200 year before, to work for Monticello and Poplar Forest as a carpenter.  John Hemmings was notable as Jefferson’s slave, brother of the more famous Sally Hemmings as well as being both literate and a master carpenter.  Monticello is just 45 minutes away from here and Poplar Forest is about an hour and a half.  Both are interesting views of Jefferson’s true hobby of architecture.  Most of Poplar Forest was built while he was president, a much needed distraction from a turbulent presidency that juggled personal scandals far beyond any of our modern times and the brink of war with both France and then England. 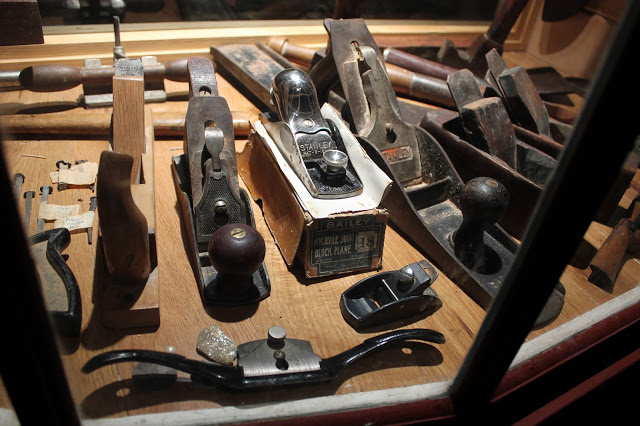 The tower at night.  Every village needs a clock tower and a draw bridge.  The up lighting creates unique shadows under the arched entrance way. 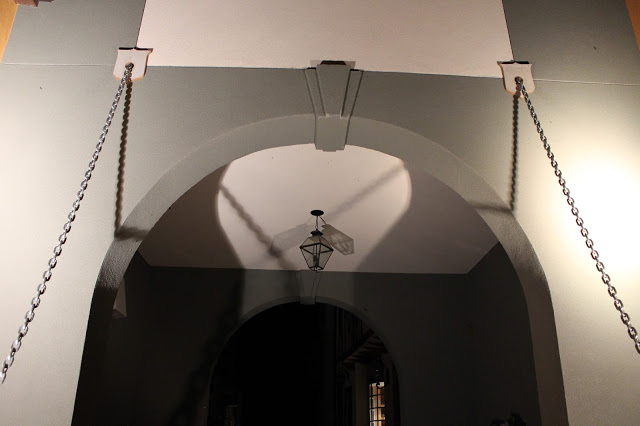 The Bakery at night with the lights reflecting on the large glass windows in the back of the room. 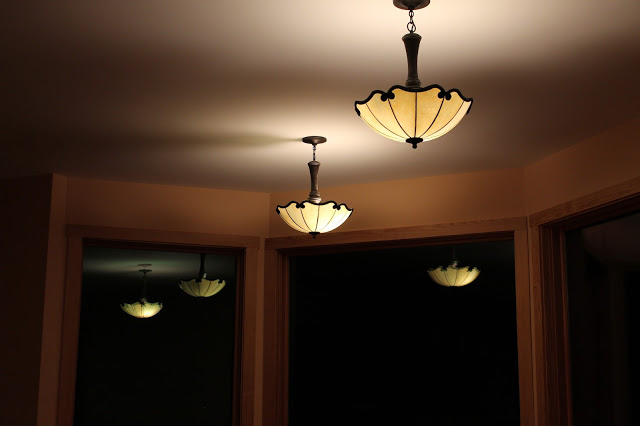