Well it is about time, we finally installed the clock in the tower.  After looking at hundreds of clock designs, we went with the German theme of the Zodiac symbols and a metallic sky blue finish that changes from light blue to dark blue depending on the light.  If you note the Roman numerals on the clock faces in Europe usually have an error, at least according to the Roman numbering rules. 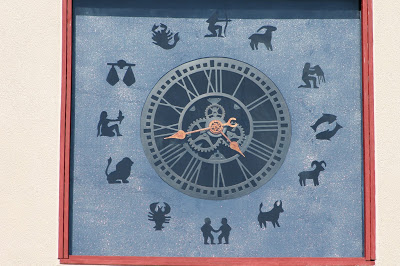 If you look closely you can find the number four is done as IIII and not the standard IV.  There are a dozen or so reported reasons for this, but the one I go with has to do with casting the numbers.  If you count out the number of X and V and I, there are even numbers this way, 4 X and 4 V and then 10 of the I.  It could be a casting of half this used, where as the other way would create odd numbers of V and I and require a single larger casting.  Another theory is of various kings preferring this way,  though it could be simply to make the numbers more readable as they flip upside down.  While we take time for granted now, the idea of everyone in a town being more or less on the same schedule was rather a big deal in Medieval times.  Still each town figured its own time for noon, making the town clock the important place for town unity.  It was not until the rail roads made time from one town to the next important for train schedules, that the idea of a national time with time zones was developed. 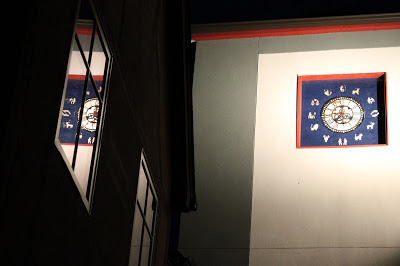 At night the clock is back lit from the town room through the clock face and the Zodiac symbols.  The clock reflects in these two windows if you stand in just the right spot. 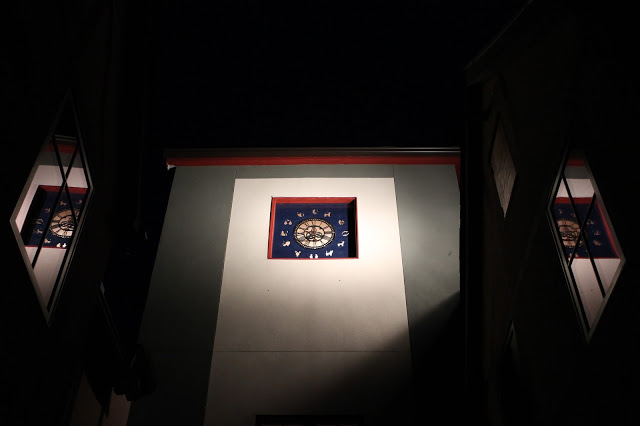 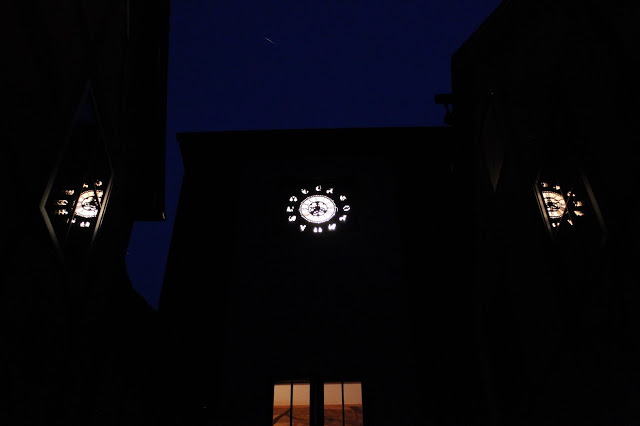 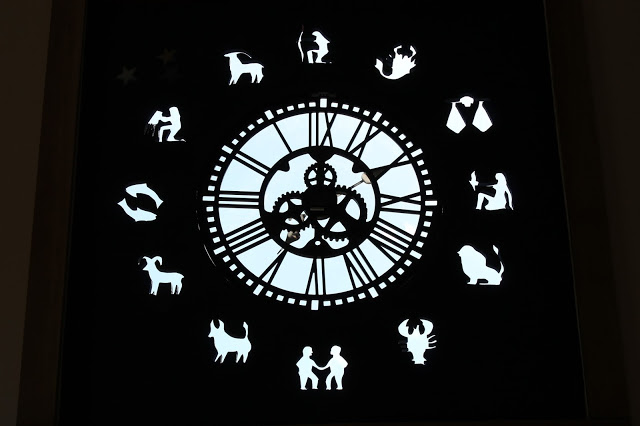 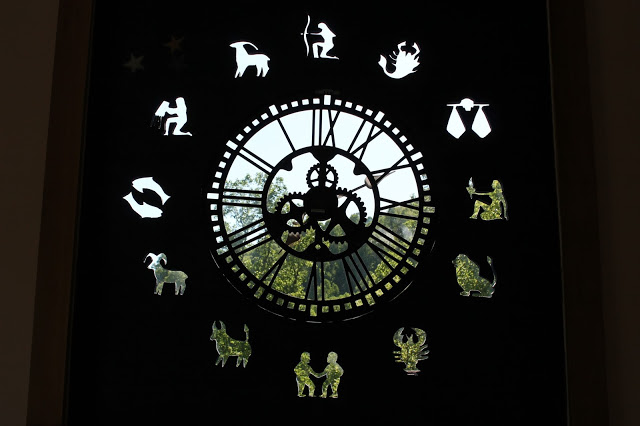